Atelier Momosada is a unique on-campus facility housed in a former national rice storehouse complex. The row of 8 red-roofed buildings was originally constructed in 1934 by the predecessor of the current Akita branch of ZEN-NOH (National Federation of Agricultural Cooperative Associations), then donated to the Ministry of Agriculture and Forestry in 1939 and used to regulate the supply of rice. Each building is of wooden construction, originally single-floored, with a frontage of 14.3m, a depth of 45m and a maximum height of 8.5m. The capacity of the entire 8-building complex was enough to store an amount equivalent to roughly 30% of Akita Prefecture’s annual rice consumption.

Following their decommissioning in March 1990, various petitions for the continued use and preservation of the storehouses were made by residents of the local Araya District and other citizens of Akita City. Finally, in 1991, it was decided that the storehouses would be repurposed as workshop buildings for the newly-established Akita Municipal Junior College of Arts and Crafts (reorganized in 2013 as Akita University of Art). Seven of the eight buildings were transferred from Akita City and reopened in their new role in April 1995, while the remaining building is currently part of Araya Library, a municipal library located next to campus.

The buildings are greatly admired as examples of Showa-era wooden construction methods, and in 2000 the facility was officially registered as a national “Tangible Cultural Property” by the Ministry of Education, Culture, Sports, Science and Technology (MEXT).

Of the seven buildings, three are open to the public and operated by “Arts Center Akita”, an NPO established by Akita University of Art. These three buildings are referred to collectively as “Atelier Momosada”.

To emphasize its past and current ties to the wider community, the university has affectionately nicknamed the facility “Atelier Momosada” after the former name of Araya District, where the university is located. “Momosada” is said to derive from a word of Ainu origin meaning “land at the river’s mouth”, possibly referring to the district’s location at the mouth of the Omono River.

In addition to their use as classroom/workshop space for AUA students, the facilities in the Craft Practice Hall are also used to host public art courses for children and adults. 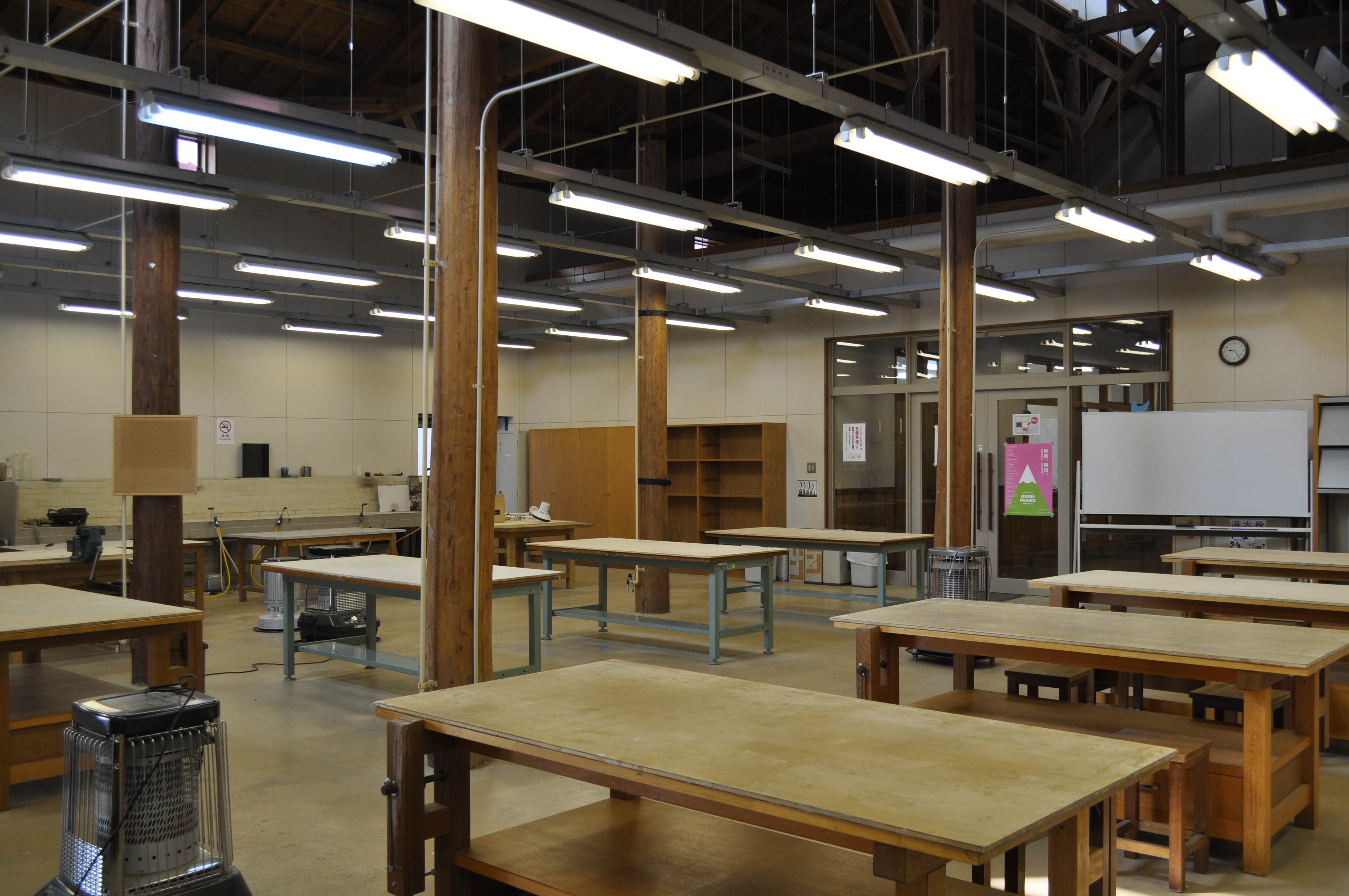 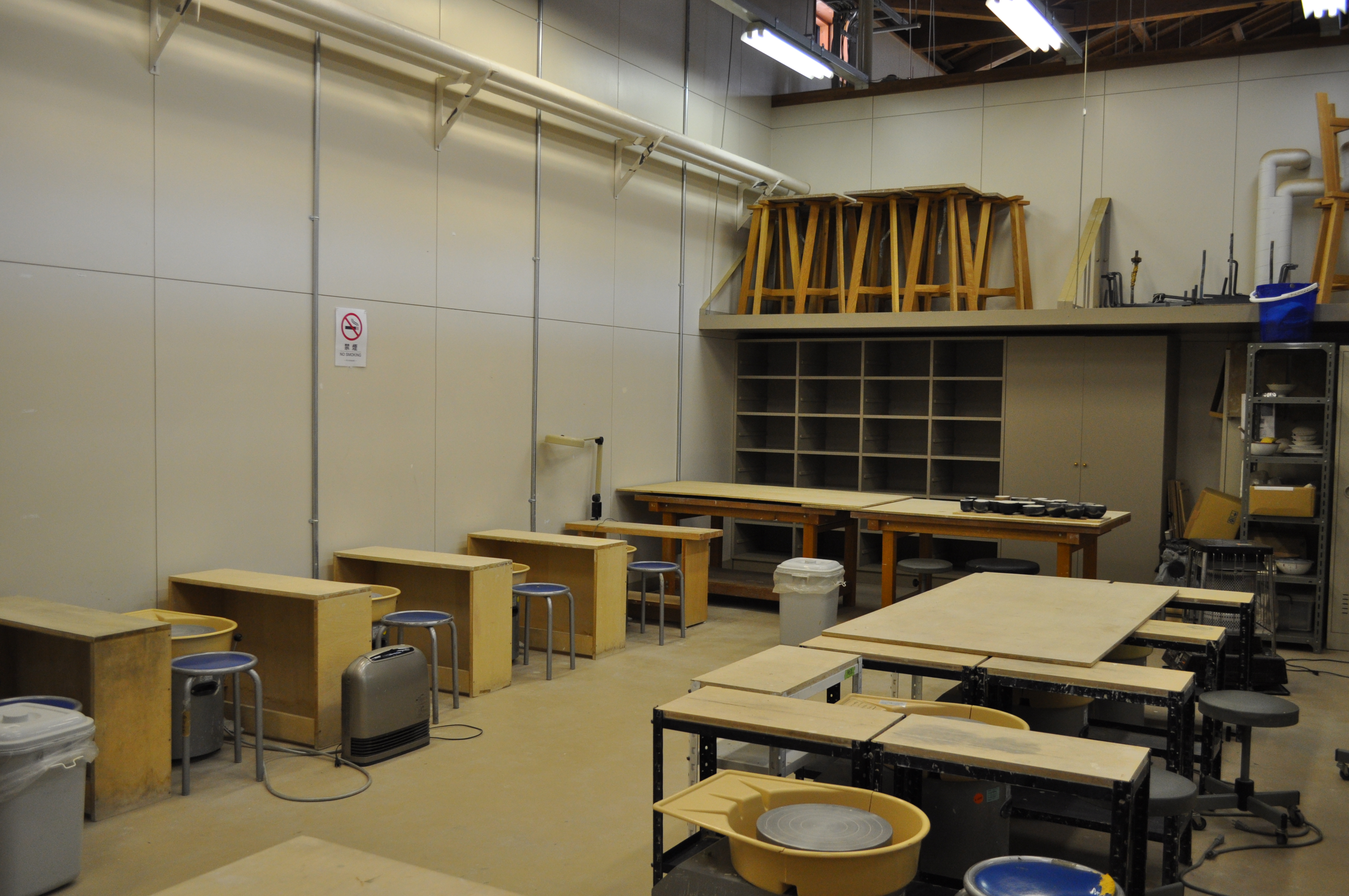 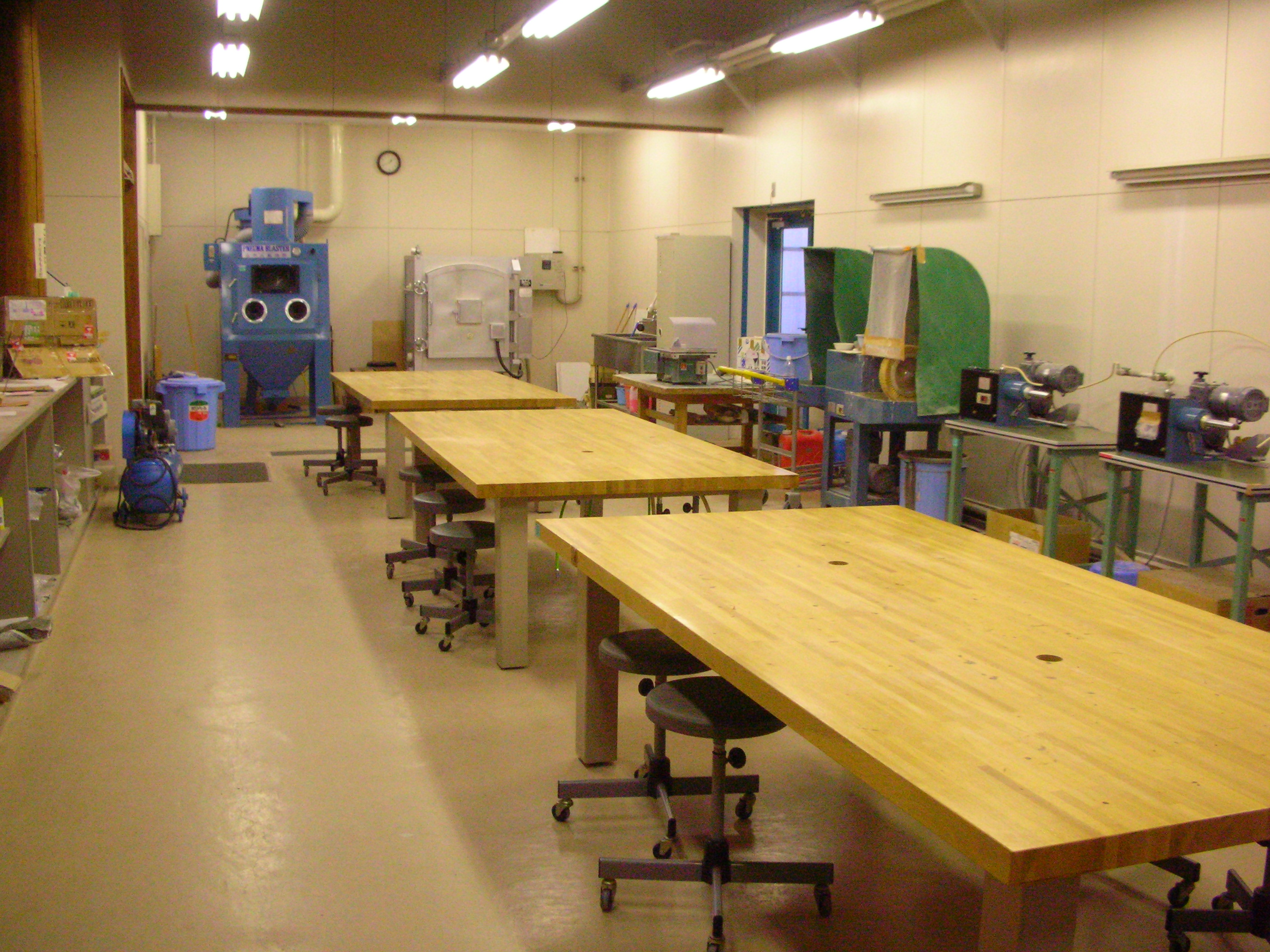 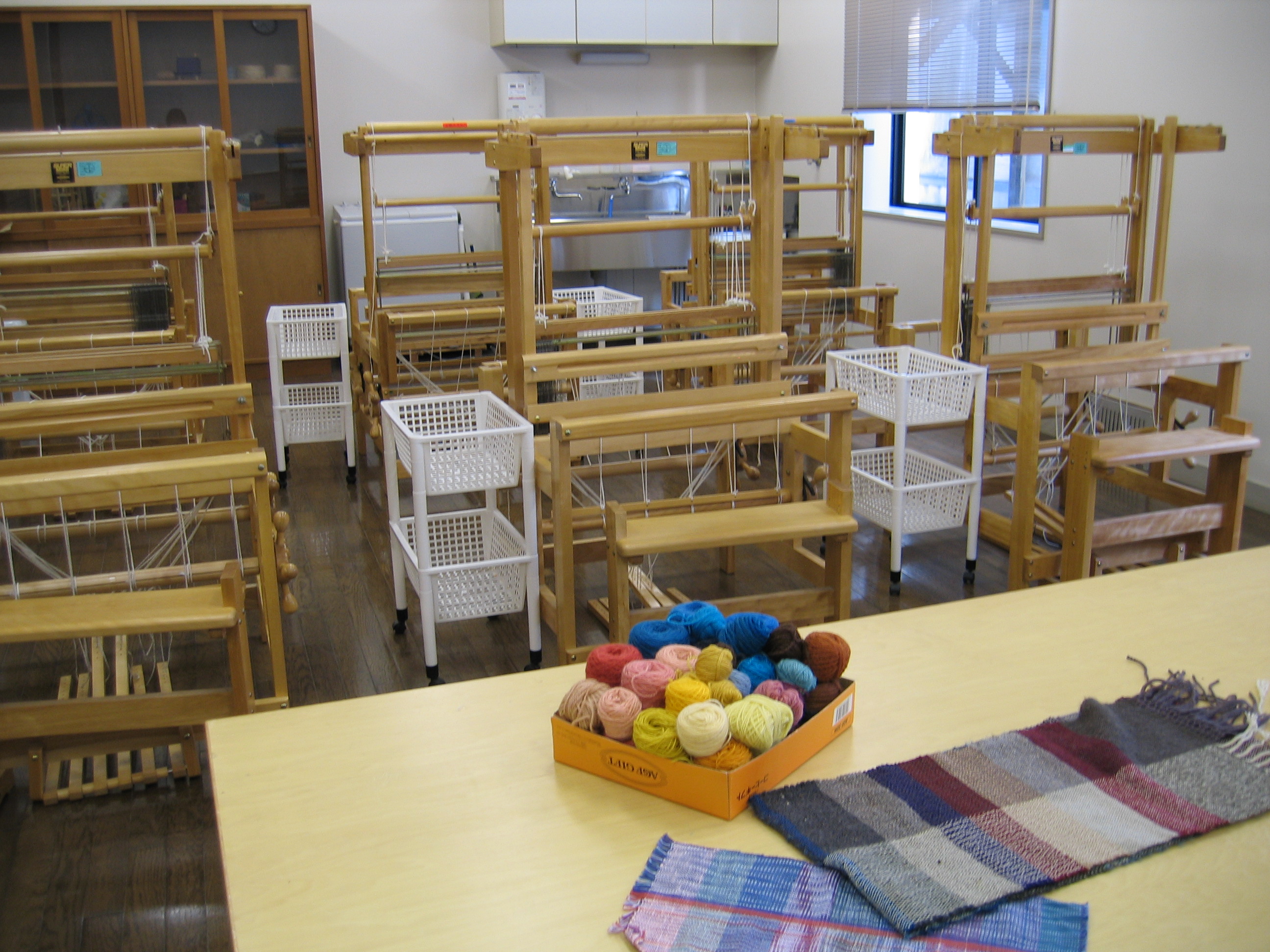 This large gallery space intentionally incorporates the interior architectural features of the original storehouse building, and is used for exhibitions by AUA student clubs as well as members of the public. 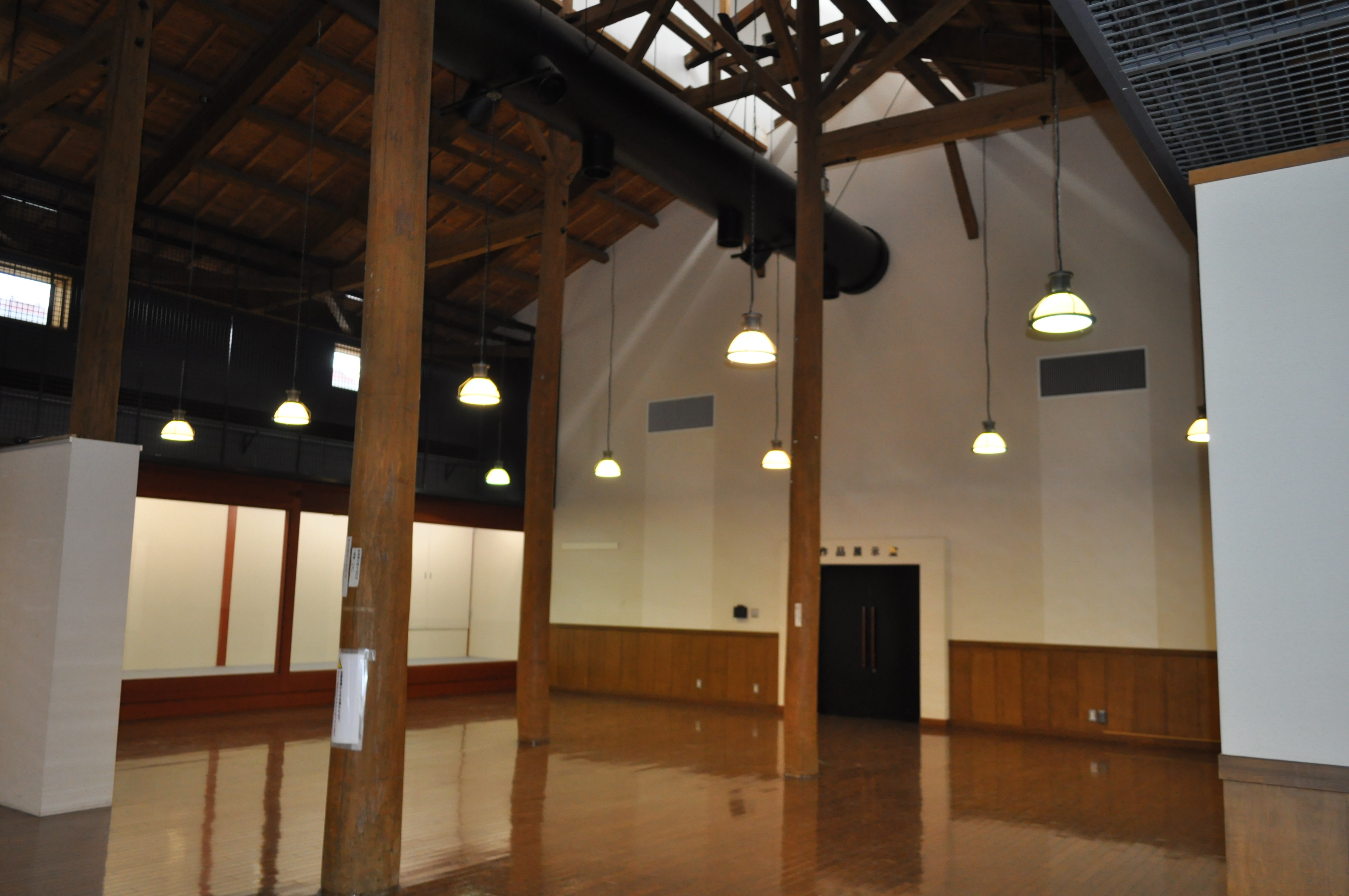 This space is used mainly for exhibitions by current and former students. 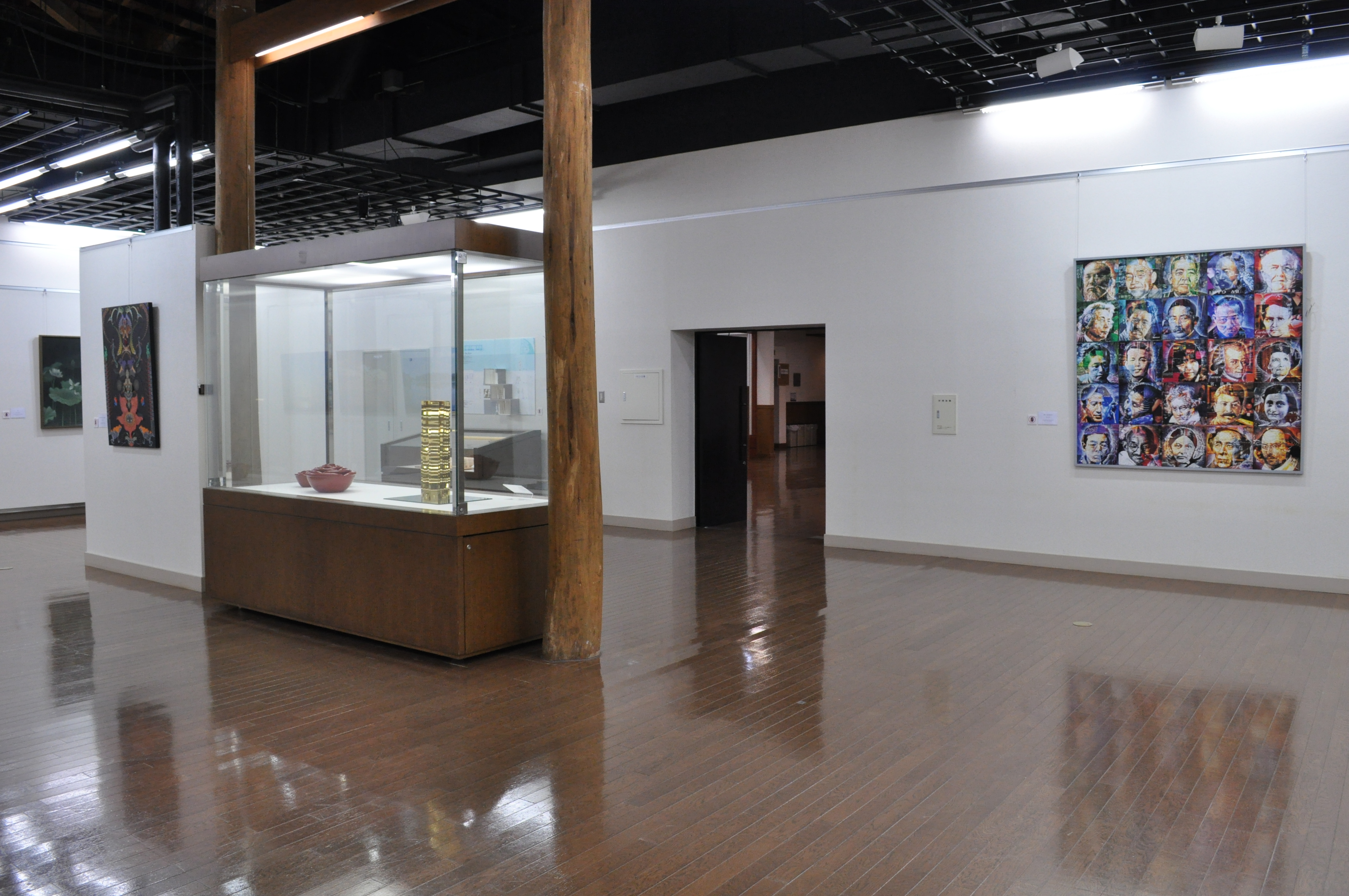 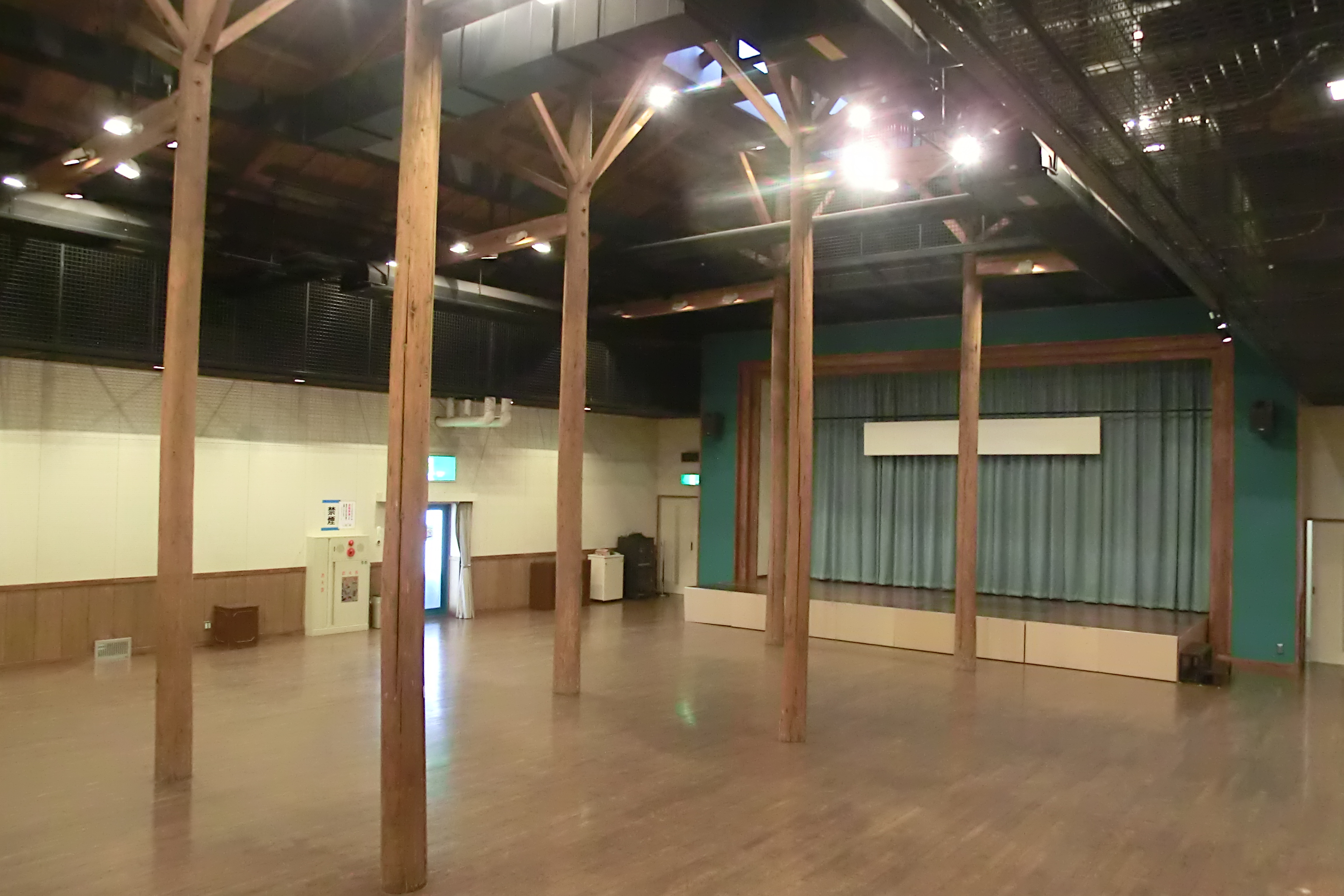 A rest area with lunch counter open to both AUA students and members of the public.
Open weekdays 11:00-14:00 (excluding public holidays and New Year’s holiday). 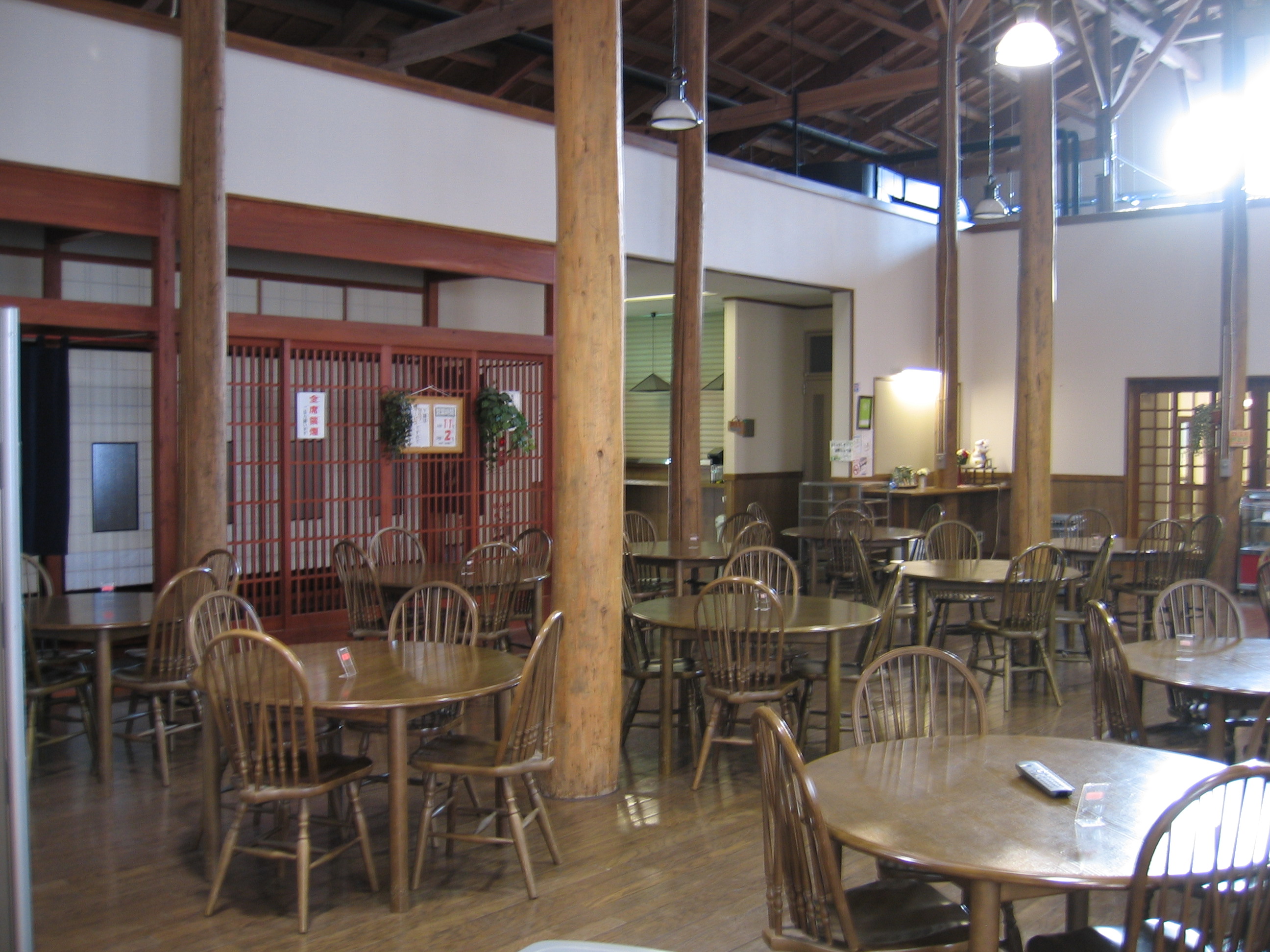